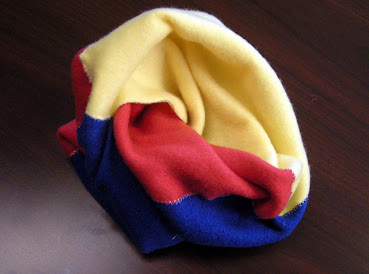 Fortunatus X by Susan Goldstine.
According to legend, the purse of Fortunatus continually replenished itself as coins were withdrawn from it.
A story by Lewis Carroll (Charles L. Dodgson) describes how to make such a purse from four handkerchiefs. The resulting form is a model of a topological structure known as the projective plane.
A projective plane can be constructed by gluing both pairs of opposite edges of a rectangle together giving both pairs a half-twist. It is a one-sided surface, but cannot be realized in three-dimensional space without crossing itself. 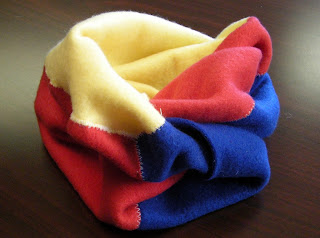 Creating a model of Fortunatus's Purse presents an interesting challenge for both artisans and mathematicians.
Photos by I. Peterson
Posted by Math Tourist at Wednesday, October 21, 2020