Quite often, in a race game governed strictly by chance, the player who starts out ahead stays ahead for most, if not all, of the race. This striking feature is worth examining more closely.
In a two-player coin-flipping game, heads and tails will each win half the time, on average (see "Rolls and Flips"). But in a game of a thousand flips, when the total number of heads versus the total number of tails is at issue, it is very likely that one player will be ahead in the cumulative scoring more than 90 percent of the time. 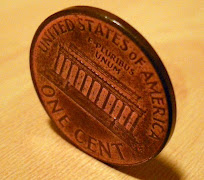 In other words, the proportion of time that, say, the number of heads exceeds the number of tails can be very high. Although it's equally likely that either of the two players will be in the lead at any given moment, one of them will probably have the lead nearly the whole time.
Such a counterintuitive reality hinges on the fact that, like dice, cards, and roulette wheels, coins don't have memories. Each coin toss is independent of all other tosses. Even if the first few tosses happen to result in more heads than tails, the probability of getting either a head or a tail on each subsequent toss remains precisely ½.
Whatever slight trend gets established at the beginning doesn't necessarily get washed out, even though, in the long run, the proportion of heads to tails generally gets closer and closer to ½ as the number of tosses increases.
Gamblers and other game players often incorrectly reason that because the numbers of heads and tails even out over the long run, a sequence of eight heads out of ten means that tails are somehow more likely to come up in the next ten or twenty tosses to establish a proper balance. They imagine that the probabilities involved are sometimes elastic, stretching more tightly or loosening as necessary to bring the results back in line with expected trends.
What people overlook is the fact that the proportion of heads and tails also approaches ½ if, in subsequent tosses, heads and tails appear equally often—as they should.
Suppose heads have shown up eight times and tails twice in the first ten flips. The proportion of heads is 0.8 at this stage, In the next two thousand turns, the players happen to toss a thousand heads (for a total of 1,008) and a thousand tails (a total of 1,002). Heads are still in the lead, but the proportion of heads is now considerably closer to 0.5 (or ½).
Thus, flipping four heads in a row with a fair coin doesn't make it any more likely that the next flip will be tails. But it does make it more likely that you will end up with 54 heads in 100 flips, as opposed to 50.
Similarly, in a simple, two-player race game involving a single die, the player who's ahead at any given time has the higher probability of winning. Even at a hundred squares from the goal, a player merely four spaces behind faces odds of two to one against winning if it's his opponent's turn to throw the die.
Gamblers at roulette tables in casinos fall into the same kind of trap when they keep track of the numbers that happen to come up on the wheel. They usually believe that they can identify patterns in the sequences of numbers that come up.
However, if the roulette wheel is truly unbiased, such efforts are fruitless. What happens on one turn of the wheel has no bearing on what occurs on the next.
Because the casino holds one or two numbers on the wheel as its own, the casino bank is certain to beat the majority of players in the long run. Those gamblers who continue to play long enough will be ruined sooner or later, and no system of betting and number or color selection can prevent such an outcome.
Of course, apparent patterns do inevitably come up in the distribution of the numbers, but these ephemeral patterns don't mean a thing unless the wheel were imperfect.
The 17th-century Russian novelist Fyodor Dostoyevsky (1821-1881) became seriously hooked on roulette in 1863, when he won a considerable fortune on his first foray into playing the wheel. In a letter to his brother Misha, Dostoyevsky wrote:

My dear Misha, in Wiesbaden, I invented a system, used it in actual play, and immediately won 10,000 francs. The next morning I got excited, abandoned the system and immediately lost. In the evening I returned to the system, observed it strictly, and quickly and without difficulty won back 3,000 francs.
When I arrived in Baden-Baden I went to the tables and in a quarter of an hour won 600 francs. This goaded me on. Suddenly I began to lose, could no longer keep my head, and lost every farthing.

So it went in Dostoyevsky's succession of roulette episodes across Europe—a journey marked by requests for loans, unpaid hotel bills, and pawned watches—until 1871, when he finally quit.
Dostoyevsky's masterful short novel The Gambler, written in haste in 1866 to settle a debt, presents a striking portrait of an individual irresistibly drawn into Lady Fortune's web. Dostoyevsky describes a gambler's obsession with the zero slot on the roulette wheel:

It was, of course, a rare happening for zero to come up three times out of some ten or so, but there was nothing particularly astounding about it. I had myself seen zero turn up three times running two days before, and on that occasion one of the players, zealously recording all the coups on a piece of paper, had remarked aloud that no earlier than the previous day that same zero had come out exactly once in twenty-four hours. 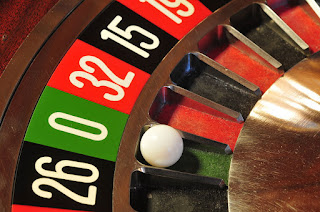 Wikipedia.
Dostoyevsky was certainly not the first to write about the lure of the luck of the draw. Girolamo Cardano (1501-1576), a brilliant, highly regarded physician and mathematician with an impressive array of intellectual achievements to his credit, was another player who found gambling irresistible. 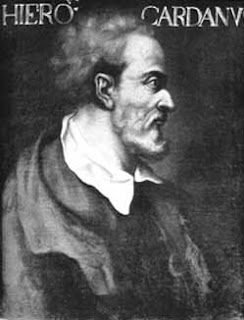 Girolamo Cardano. MAA Mathematical Portrait Gallery.
Around 1564, Cardano wrote The Book on Games of Chance, in which he presented competent analyses of backgammon and several other dice games, along with a variety of card games that included an early version of poker. He also excelled at chess, which at that time was accompanied by betting and handicapping.
In a section on who should play and when, Cardano offered the following advice about moderation in gambling:

So, if a person be renowned for wisdom, or if he be dignified by a magistracy or any other civil honor or by a priesthood, it is all the worse for him to play…. You should play rarely and for short periods, in a suitable place, for small stakes, and on suitable occasions, or at a holiday banquet.

It was advice that Cardano himself had trouble heeding. Erratic, argumentative, and obsessed, he gambled incessantly, sending his family into the Milan poorhouse for long stretches. In his brutally frank autobiography, he remarked:

During many years—for more than forty years at the chess boards and twenty-five years of gambling—I have played not off and on but, as I am ashamed to say, every day. Thereby I have lost esteem, my worldly goods, and my time. There is no corner of refuge for my defense, except if someone wishes to speak for me, it should be that I did not love the game but abhorred the circumstances which made me play: lies, injustices, and poverty, the insolence of some, the confusion in my life, the contempt, my sickly constitution and unmerited idleness, the latter caused by others.

The irrational superstitions and strategies of gamblers testify to the extraordinarily vast landscapes of possibility in games of chance. Unpredictability reigns, with patterns appearing out of nowhere, then mysteriously disappearing. Anything is possible, yet the possibilities are doled out in measured doses.
Faced with the astonishing scope of chance, the compulsive gambler lives on the brink, ever focused on the next spin of the wheel or roll of the die.
Using the mathematics of chance, you can predict outcomes, establish conditions for guaranteeing certain results, or, at the very least, show whether any particular game is worth playing.
Games provide structured situations in which people can compute probabilities, often with great precision, and test their hypotheses. They can then bring this knowledge to bear not only in games but also in everyday situations in which uncertainty and randomness play a role. Understanding the laws of probability can guide their decisions in a wide range of matters.
Of course, games teach nothing unless you pay attention to the odds and learn to deal with them. But even precise calculations may not be enough in the face of human greed and deceit.
In his 1753 novel The Adventures of Ferdinand, Count Fathom, Tobias Smollett (1721-1771) noted that his hero, Fathom, learned to "calculate all the chances with the utmost exactness and certainty," only to be fleeced by a team of swindlers. A knowledge of mathematics is no proof against human folly.
The theory of probability combines commonsense reasoning with calculation. It domesticates luck, making it subservient to reason. It stands as an attempt to master the vagaries of uncontrollable circumstance in the face of unavoidable ignorance.
Nonetheless, the tantalizing patterns that come and go among the infinite possibilities of randomness have a way of entangling the human mind. Randomness and pattern intermingle in mysterious ways. Where there is one, the other inevitably lurks.
Previously: Change of Face
Next: Party Games
Posted by Math Tourist at Thursday, February 11, 2021