The sculptures of Clement Meadmore (1929-2005) are based on simple geometric elements—often a square prism, wrought into an evocative form. 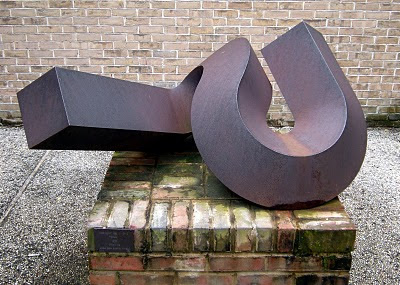 
In a typical sculpture, a single rectangular volume twists and turns upon itself before lunging into space, suggesting a forceful release of tension or a mood of exhilaration. 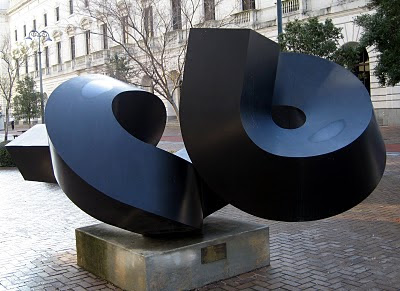 Out of There (1974) Hale Boggs Federal Building Plaza, New Orleans.


"I believe that we have a sense of three-dimensional form that, along with our sense of balance, enables us to respond directly and naturally to the considered arrangement of clearly defined forms in space," Meadmore once noted. "In my work the forms are geometric; my goal is to make geometry yield an expressive result. I also search for configurations that enable the viewer to see and understand the whole sculpture from any single viewpoint." 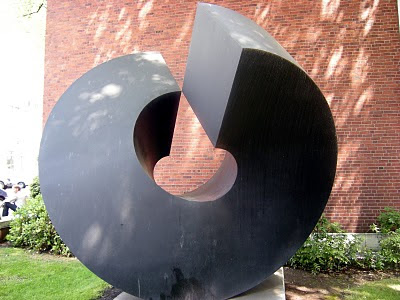 
Meadmore's emphasis on permutations of simple shapes arose from his belief that a sculpture should maintain a constant visual identity from all viewpoints. 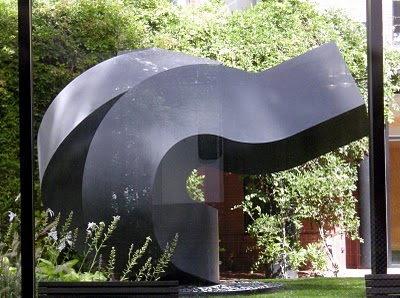 
As muscular, dynamic manifestations of geometric shape, Meadmore's massive steel artworks are instantly recognizable. They can be found outdoors in many cities throughout the United States and elsewhere in the world.