Changing of the Guard

We spent the sixth and final week of the 1965 Summer Science Program in Ottawa, staying in dorms at Carleton University and splitting up into groups to pursue particular interests. My choice was physics, and this involved research in acoustics at the National Research Council of Canada. 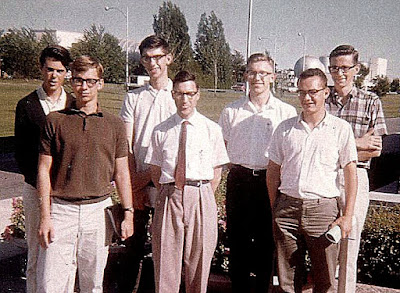 Dave Cuthiell, Ian Graham, and I  developed and performed an acoustics experiment in which we looked at  how the shape of an earlobe or ear canal affects the sounds that we hear. We first placed a tiny, sensitive microphone inside the ear and measured the range of frequencies that the microphone could detect. We then modified the ear's shape by adding a lump of plasticine and performed the frequency measurements again. 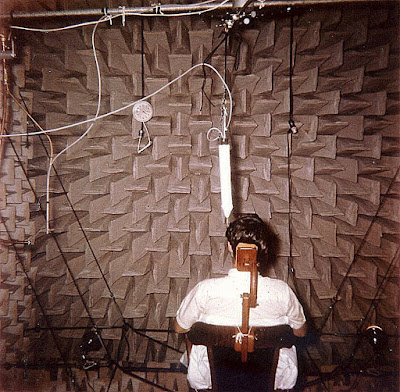 Dave Cuthiell in the anechoic chamber at the acoustics lab at the National Research Council of Canada, awaiting a test of how the shape of an ear lobe and canal can affect the sounds someone hears.

Each of us had a turn in the anechoic chamber, which had special insulation to eliminate echoes and other sounds that could interfere with the measurements. And the results were striking. In all our tests, the ear's shape had a strong effect on the sounds detected, enhancing some frequencies and diminishing others. We were quite pleased with what we had discovered. 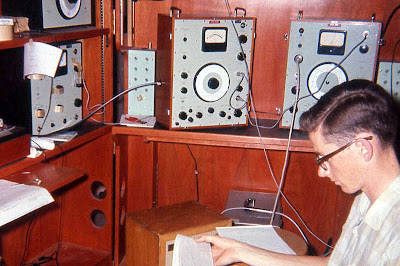 Ian Graham monitoring an experiment in the acoustics research control room at the National Research Council of Canada. 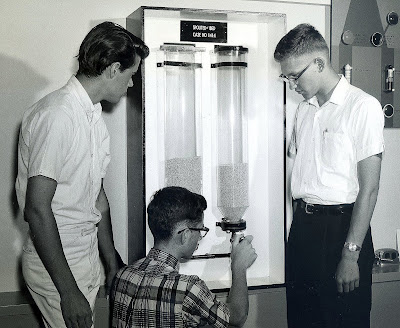 National Research Council of Canada publicity photo of Dave Cuthiell, Ian Graham, and Ivars Peterson at a display during our tour of the facilities. 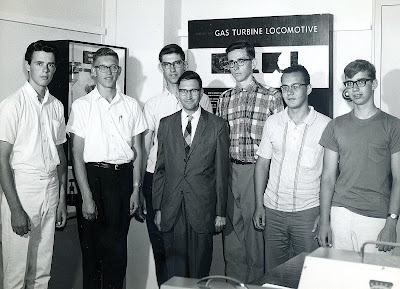 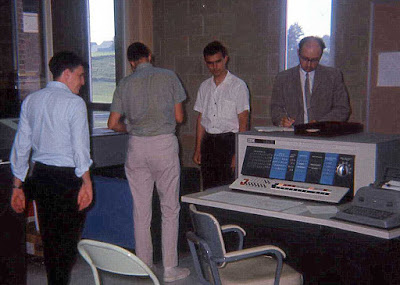 Computer programming at Carleton University's computer center was one of the activity options offered for the final week of the Summer Science Program in Ottawa. The computer was an IBM 1620 and the language FORTRAN. Prof. William H. Bowes is on the right. 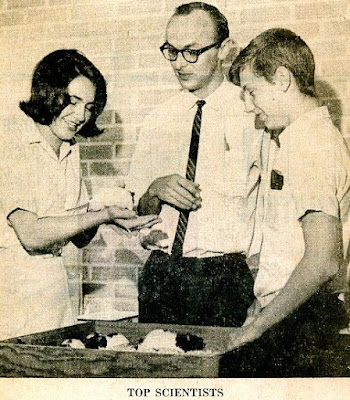 Ottawa newspapers reported on our group's activities. This newspaper photo in the Ottawa Journal featured Geri Logie and Art Kidd handling hamsters while visiting with psychology professor W. E. Walther in his lab at Carleton University.

Here's how one newspaper article portrayed us:

"In their blue jeans and sneakers, they're indistinguishable from any other crowd of teenagers.

You couldn't guess just by looking at these 35 boys and girls the effect they've had on some very important people.

They have jolted a National Research Council scientist by conducting an experiment whose results made a shambles of standard textbooks' theories. . . ."

And so on, in rather breathless prose. 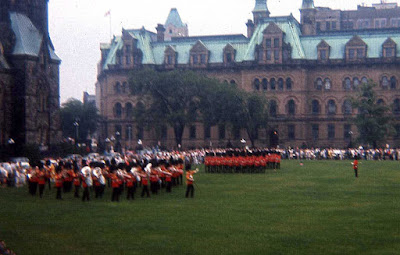 We couldn't leave Ottawa without attending the famous changing of the guard ceremony on Parliament Hill. 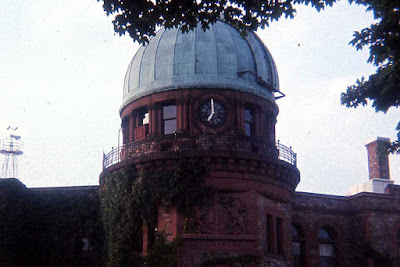 Our tours of Ottawa sites included a visit to the Dominion Observatory. 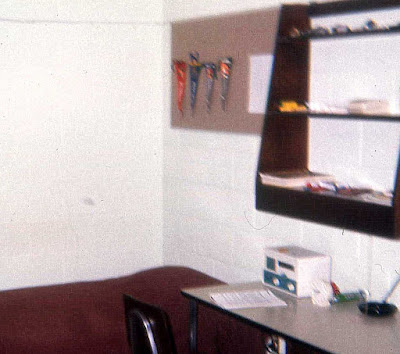 My dorm room at Carleton University: Note the completed (and functioning) Heathkit shortwave radio on the desk and mineral samples on the top shelf. 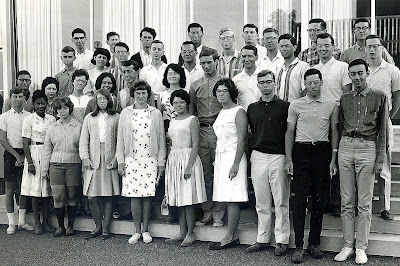 The week in Ottawa (and the entire program) ended much too soon for us, as we realized as we wrote our reports and attended the closing banquet on the final Friday. By Saturday morning, most of us were already on our way home.

I went on to major in physics and chemistry at the University of Toronto, then taught in Ontario high schools for eight years (chemistry, science, and physics at Kingston Collegiate and physics and mathematics at Trinity College School in Port Hope). I was very pleased to have one of my own students participate in the 1976 Summer Science Program, shortly before the program ended.
Posted by Math Tourist at Sunday, August 05, 2018